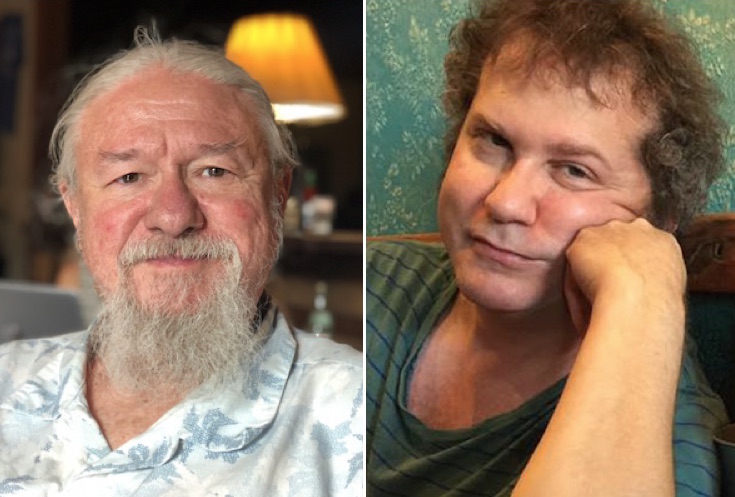 Pat Thomas and James Retherford are Thorne Dreyer's guests on Rag Radio. Thomas is the author of DiD iT! From Yippie to Yuppie: Jerry Rubin, An American Revolutionary, the first major work about Yippie co-founder Rubin. (Much has been written about his erstwhile fellow traveler Abbie Hoffman.) And Austin resident Retherford, who was in the Yippie inner circle in New York, was the ghostwriter for Jerry Rubin's Iconic 1970 New York Times bestseller, DO iT!

Kirkus Reviews writes about Pat Thomas' book: "Thomas's oversized, overstuffed book, studded with photos and news clippings, charts [Rubin's] unlikely trajectory [from Yippie to Yuppie to i-capitalist], noting, sympathetically, that 'no matter who Jerry was at any given moment...it was never a put-on.'"

Pat Thomas is the author of Listen, Whitey! The Sights and Sounds of Black Power 1965-1975 and the co-curator of Invitation to Openness: The Jazz & Soul Photography of Les McCann 1960-1980. Thomas has appeared on BBC and NPR, and was a consultant on the 2015 PBS documentary, The Black Panthers: Vanguard of the Revolution. As a record producer, he compiled a 3-CD Allen Ginsberg box set: The Last Word on First Blues.

Rag Blog contributing editor and designer James Retherford is an Austin-based writer, graphic designer, and political activist. Jim, who was active in SDS, the Yippies, and political guerrilla theater, was a founder and editor of The Spectator in Bloomington, Indiana, in 1966, and was the ghost writer for Jerry Rubin's iconic book, Do iT!
Rag Radio is produced in the studios of KOOP 91.7-FM, an all-volunteer, cooperatively-run, solar powered community radio station in Austin, Texas, in association with The Rag Blog and the New Journalism Project, a Texas 501(c)(3) nonprofit. It is streamed live on the Internet at KOOP.org and Radio Free America. The host and producer of Rag Radio, Thorne Dreyer, is a prominent Austin-based activist and writer who was a pioneer of the ’60s underground press movement. The show’s engineer and co-producer is Tracey Schulz and the staff photographer is Roger Baker; Suzy Shelor is Rag Radio associate; Alice Embree is frequent guest host; and Glenn Smith is our political analyst. The syndicated show is broadcast (and streamed) live Fridays, 2-3 p.m. Central) on KOOP, and is later rebroadcast and streamed on WFTE-FM in Mt. Cobb and Scranton, PA., on Houston Pacifica's KPFT HD-3 90.1, by KKRN, 88.5-FM in Round Mountain, CA, and at WALHRadio.com in Wilmington, OH -- and as a featured podcast at Veterans Today. Learn more about Rag Radio here.